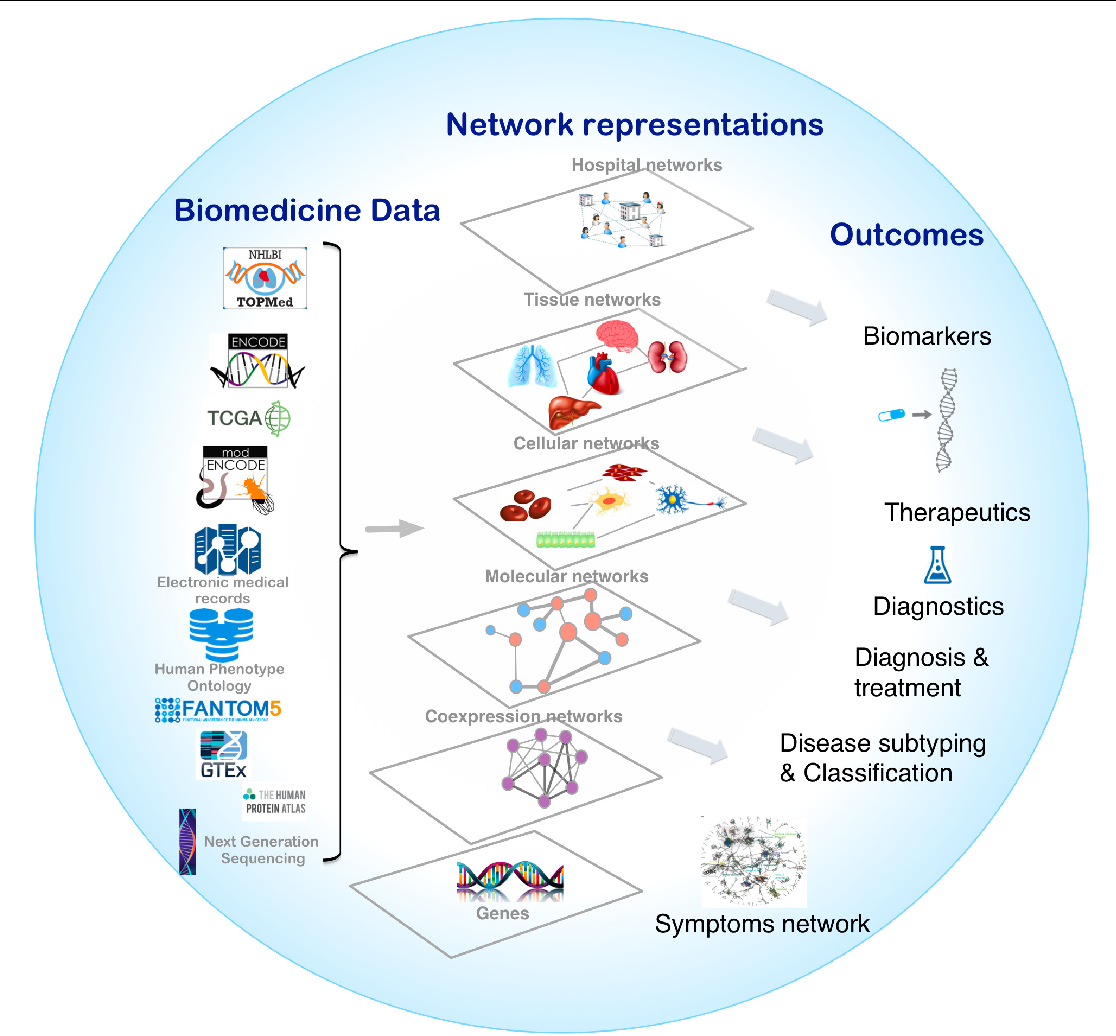 Figure is taken from Network medicine in the age of biomedical big data, Frontiers inGenetics.

Above figure illustrates that the biological system is the complex interplay of various entitites at various levels.

More details about the type of networks can be found in STRING Evidence. For simplicity, you can consider these networks as a graph with same nodes but with multiple edges if they exist in different evidence types.

Since the networks are based on different evidences, we expect to see varying interactions for different types of networks.

Above table shows that the number of proteins involved in interactions are different in different networks.

Degree distribution of the network

From the histogram plot, we see that the plot shows right skewed distribution, which is also known as positive skewness. The mean, median and mode are different. Moreover, the mean is greater than the median and mode. The reason for this is the long tail (lot of values) on the right that skews the mean but does not skew median since median is just the number in the middle.

We further explore the key properties of the network: - Clustering coefficient of the nodes: Proportion of neighbors of a node which are connected by an edge. According to Wikipedia, a clustering coefficient is a measure of the degree to which nodes in a graph tend to cluster together. - Connected components(CC): A set of nodes whre any two nodes can be joined by a path

From above table, we can infer that almost all the proteins in neighborhood, coexpression, experimental and database networks are connected (indicated by size of largest connected component). Other two networks: fusion and cooccurence have disconnected components.

We will analyze these network further with different algorithms for different tasks.